The Objects of Praguers around 1900 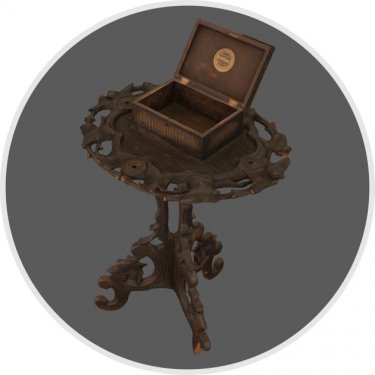 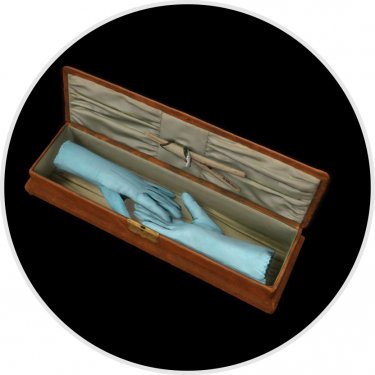 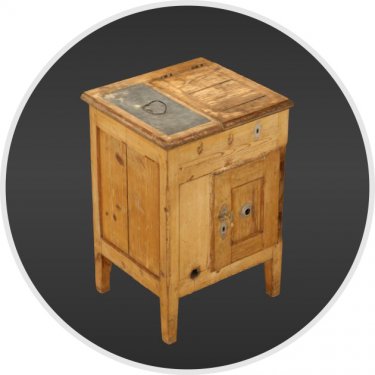 Smoking Table from the 1890s

The carved wood smoking table was marketed by the shop called U Města Paříže (At the City of Paris), a 'department store selling decoration goods and toys', which was located at Celetná Street no. 15. The department store was open from the mid-19th century to the late 1920s and sold luxurious items to Praguers and visitors to the metropolis. It was a department store corresponding to the historical meaning, i.e. with a shopping area encompassing multiple rooms, which according to the late 19th century guide was 'gorgeously furnished, had cellars and two storeys. It employed 50 gentlemen and 10 ladies.' 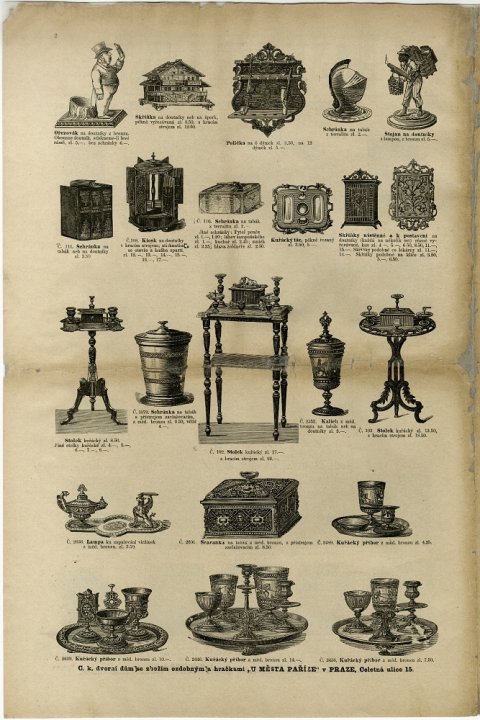 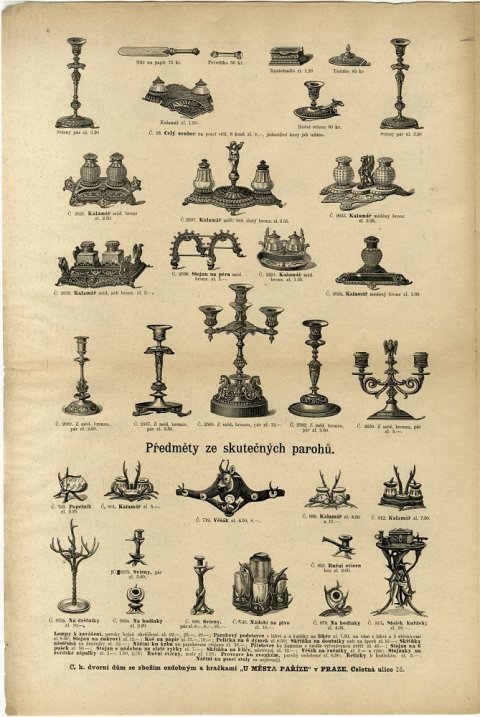 3D model of the smoking table

Ladies' Gloves from around 1900 in a Luxurious Case

The blue goat leather gloves in an elaborated casing – a leather-covered etui (case) that included a bone glove stretcher. According to traditional fashion, gloves were widely worn. In addition to hand protection, they were used for decoration and self-presentation. To make a good impression, the most respectable customers received their gloves in a flawlessly elaborated casing – a leather covered etui with decorative metal elements. The etui also included a bone glove stretcher to extend the favourable appearance of the gloves. The bottom part of the case featured a label of the renowned department store U Města Paříže. 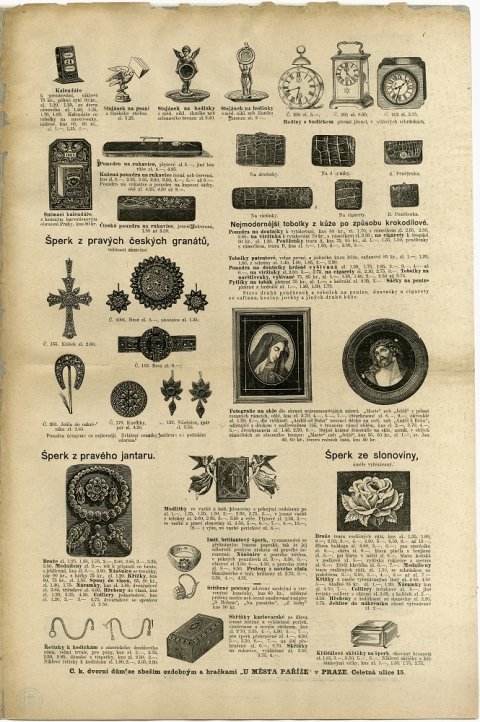 3D model of the ladies' gloves

In 1907, the occupants of U Městského sadu (At the City Orchard) House in today's Washington Street no. 9 began to use this wooden cabinet with a metal compartment for ice that chilled the food placed in the cabinet. Natural ice was placed in the metal case that chilled the foodstuffs area. Based on the memories of the last user of this refrigerator, from whom the museum acquired it in 2005, people would come to the Vltava to get ice from the ice diggers who cut out ice from the frozen river and carried them to brewery cellars and icehouses. 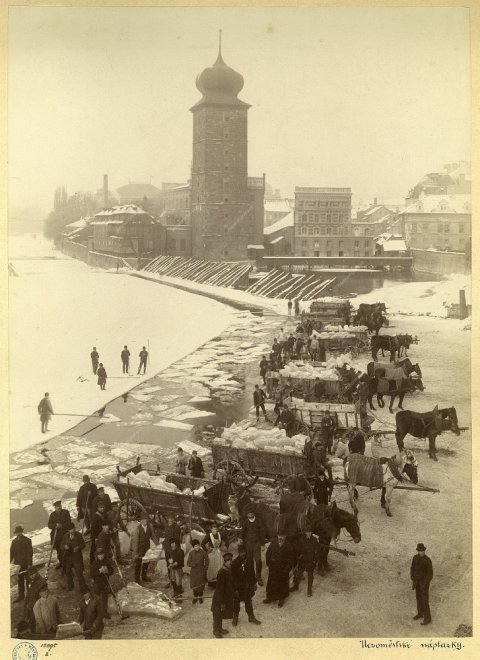 3D model of the refrigerator