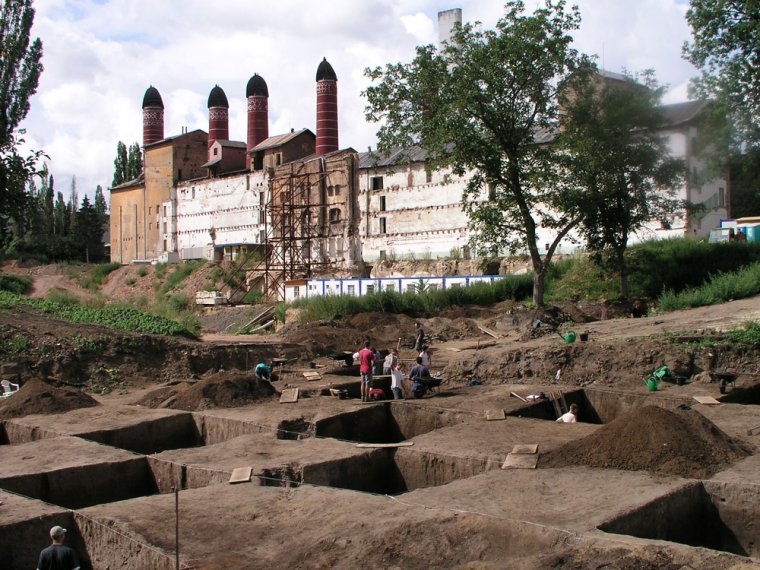 The Prague City Museum's rescue archaeological research during the construction of the Sladovna Podbaba residential compound, Prague-Dejvice in 2004, photo by M. Kostka, MMP.

After the mid-1940s, the department became fully involved in systematic and later rescue archaeological research in Prague. In 2006, the terrain activities were significantly reduced, putting focus on the Prague Heritage Area and its immediate vicinity. The department employees have mainly been pursuing the processing of sources and their presentation since then.

The Department of Archaeological Collections of the Prague City Museum currently has more than 800,000 inventory numbers but the number of objects is much higher. The collections' beginnings are associated with Josef Břetislav Jelínek (1843–1926), an amateur archaeologist, the first custodian, and from 1895 the first director of the Municipal Museum of Prague. The collection of Josef Antonín Jíra (1868–1930) is its most valuable part; assembled between the end of the 19th century and 1912, it was displayed in the Jíra Archaeological Museum at the Hanspaulka Palace in Prague – Dejvice. The collection was acquired by the Municipal Museum of Prague in 1941 as a new department of archaeology.

After the mid-1940s, the collection has been growing especially thanks to museum's terrain research. Since 2005, non-state archaeological institutions in Prague have substantially been contributing to it, as based on the law they provide the Prague City Museum with findings from their archaeological research.