A small café pavilion was erected on the site of the former fortification, a short way off the Poříčí Gate. In 1876, the café entrepreneur Eduard Ponec opened a café there. However, his business did not flourish. As a result, at the close of 1882, the building was entrusted to the Municipal Museum of Prague whose establishment was adopted on 3 October 1881. On 12 May 1883, the museum opened its first exhibitions in the pavilion. During 1896–1898, an 'annex' was added to the pavilion which is the present museum's building. The pavilion was demolished in 1974 with the construction of the north-south arterial road. 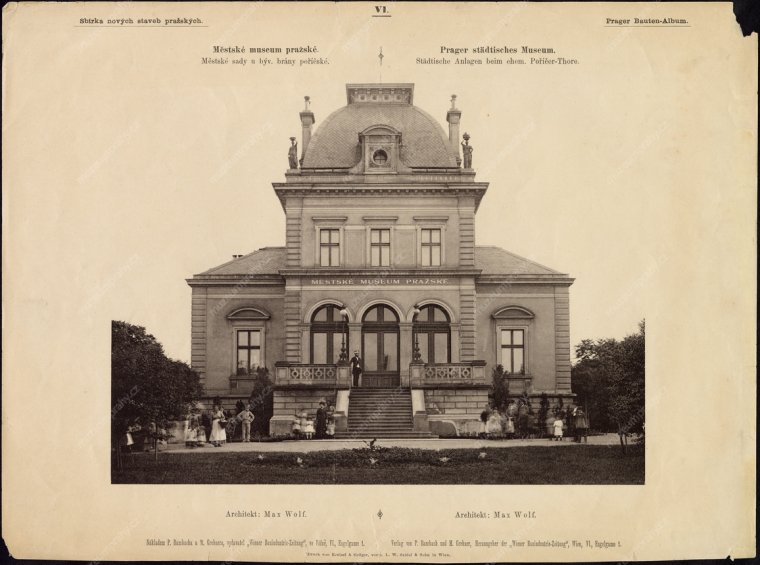 The earliest plans for the municipal museum's annex come from December 1889 when Prague's building authority planned the museum's expansion. It was clear that the currently developed area would not be sufficient for the museum's needs and further extension was taken into account. On 15 January 1893, the designs of two architects, A. Wiehl and J. Koula, were submitted. Wiehl's design won at the beginning of 1884, but later there were constant difficulties with the submission of detailed plans and budgets. Although there was an actual intention to build an annex there, its implementation was not in sight. The 1895 National Ethnographic Exhibition exerted some pressure on the accomplishment of the plan. It was evident that the museum would receive a great number of high-quality collection artefacts that would no longer be possible to adequately store in the already overflowing café pavilion. 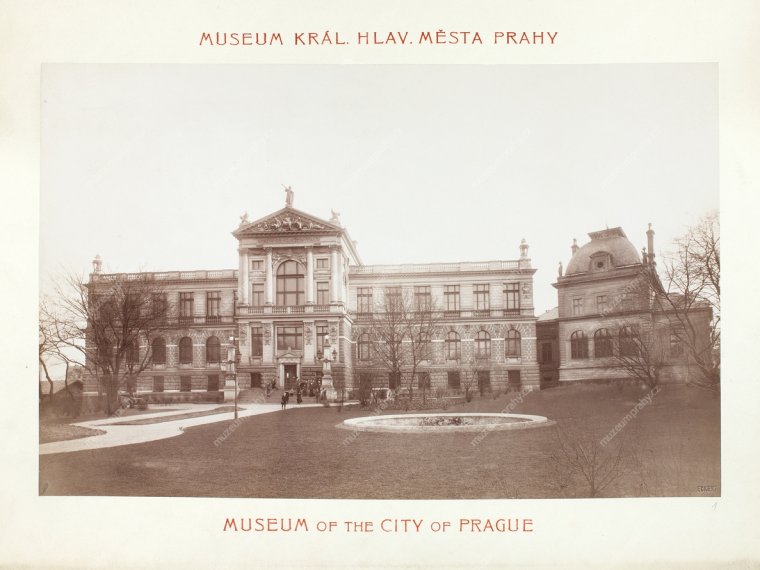 In August 1895, the city council adopted a resolution to commission the plans from the architect A. Balšánek. The aldermen's committee approved his designs at the end of the year. In the spring of 1896, the construction of the Neo-Renaissance building eventually began. The architect's designs for the construction of a 'large', two or four-wing museum date from that time. Concurrently, the same spring, the construction of the annex for the Municipal Museum of Prague also began. On 22 October 1898, a private opening of the new building took place which was followed by two years of intense installation in which Director Břetislav Jelínek and his successor F.X. Harlas participated. From mid-March to mid-May 1899, the building was temporarily opened to the Praguers with the posthumous exhibition of works by Luděk Marold. At last, the new building opened to the public on 27 September 1900.